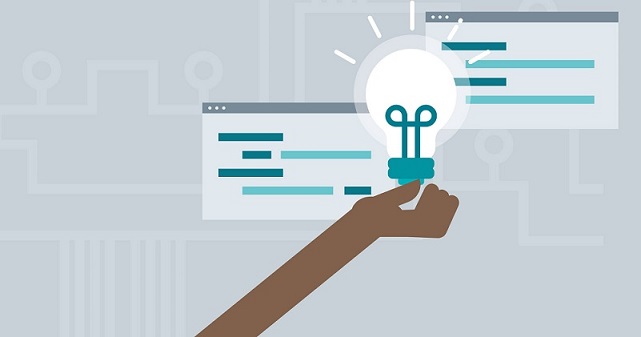 For aspiring programmers, consider this article as a guideline. For present developers, it is a chance to enhance your programming skills and make yourself invaluable for the next decade as here goes the list of most powerful, popular and influential programming languages of 2018.

There are hundreds of features to look at when considering the top programming languages, but we focused on a few of the most convincing.

The above graph shows the five Most In-Demand Languages Job according to Indeed.com. Indeed.com is the world’s largest job search engine, Indeed represents a good measurement of the most in-demand programming jobs.

The above graph shows the Most Popular Languages according to Tiobe Index. For decades, Tiobe (the software quality company) has generated an index of the most popular programming languages. They update this list monthly, pulling in data from hundreds of sources around the world.

The above graph shows the Most Pull Request Languages from GitHub. GitHub is one of the largest code repositories in use today. Every year they create a Year in Review report, sharing statistics about their programmer community. We mention their metric “Pull Requests Opened” as another indicator of language popularity.

What makes the top programming languages so popular?

Let’s take a look at five of the top languages to learn how they’re used and why people love them!

Java is one of the most popular languages to learn as it was designed to overcome the complexity of C++. The popularity of Java cannot be overstated, as the majority of Fortune 500 companies use Java for back-end systems and desktop apps development. Java is used mainly for creating server-side apps, video games, and mobile apps. Java reinforces Object-oriented programming principles used in modern languages including C++, Perl, Python, and PHP.

The Java Application Programming Interfaces (APIs, or class libraries) are the pre-built classes that a programmer can use in his own programs. Essentially, this is stuff for free, like classes that deal with disk files, network sockets, or graphic interfaces. For a simple example, we can say Java language is like a set of grammar rules in a language, and the APIs are dictionaries full of words that can be used to build sentences, paragraphs, and stories.

Javascript came up as the most used programming by developers. JavaScript allows you to build interactive websites. JavaScript has become an essential web technology along with HTML5 and CSS3, as most browsers support JS. Thus, you must learn JavaScript if you want to get into web development, and you must learn it well if you’re planning on being a front-end developer or on using JavaScript for back-end development. Without JavaScript, you can not use plugins in your website.

Furthermore, JavaScript usage has now extended to mobile app development, desktop app development, and game development. All in all, it has exploded in popularity and is now a very useful skill to learn. JQuery and AngularJs are libraries of Javascript making development easier.

Python is a general-purpose language, which means it can be used to build just about anything, which will be made easy with the right tools and libraries. Python is great for backend web development, data analysis, artificial intelligence, and scientific computing. Many developers have also used Python to build productivity tools, games, and desktop apps.

TIOBE index considers the Python as the 4th most popular programming language out of 100 languages. As an open source project, Python is actively worked on with a moderate update cycle, pushing out new versions every year or so to make sure it remains relevant even with the rise of Ruby on Rails and more recently Node.js. Python has become a skill that is more in demand than ever, especially it can be integrated into web applications.

Designed by Microsoft, this general purpose, multi-standard programming language was used for developing apps on the Microsoft platform. C# operates as a pure object-oriented programming language. It works for apps powered by .NET frameworks. You can say C# is the best language to use for building apps native to the Microsoft platform and is further the recommended language for developing games using the Unity Game engine.

It was designed with simplicity and ease of use as a priority, and because it’s a high-level language it reads closer to

English. As a language, C# functions can cover the complex tasks of the computer in few lines of code You can make anything in C#, from web services to mobile apps, server applications and more as it also used as a backend language.

C++ was developed as an alternative to C and instantly gained popularity, for good reason. It features predefined classes that can be used alongside classes a programmer may already be using. Two most well-known projects Microsoft Windows and Google Chrome were created with C++, plus most of Adobe and much of Amazon’s websites are written in C++. This programming language is still in demand because it is a powerful tool that is adaptable in a variety of sectors, including Finance, Banking, Games, Telecoms, Electronic Banking, Retail, and more.

Indeed, learning C++ enables you to code apps as well as games and commercial software with ease. It’s one of the most powerful languages out there and hosts a variety of features, including being platform dependent.

Besides these all languages, there are many languages you can learn in 2018

Storm your brain more with: